Around the World in 90 Days

Around the World in 90 Days

With plenty of time on my hands and no travel plans on the horizon, I thought it was a good opportunity to reflect on my first overseas vacation. To say it was a trip would be an understatement. We went for an around-the-world trip that lasted for 90 days. My husband planned this ambitious round-the-world trip a few years after our wedding to commemorate a professional milestone with his friend-cum-partner. I had the good fortune to be a part of that unforgettable journey.

I’m referring to the year 1989 when life was very different. There was the internet, but only large corporations could afford it. The wired internet used to be painfully slow and would crash every half hour. Google had not yet been invented. (That is another story and let’s concentrate on the topic at hand). As a result, the only way to book tickets was through airlines or travel agencies. You could contact them via phone or visit their offices. There was no such thing as an online booking system. Our tickets were purchased through a reputable travel agency.

A round-the-world ticket allowed you to make several stops but only travel in one direction. So our itinerary was as follows: Delhi-Singapore-Bangkok-Hong Kong-Tokyo-Honolulu-San Francisco-Chicago-Detroit-Washington-New York-London-Luxembourg-Delhi For this multi-stop ticket, we paid Rs 19,000/- ($260) per person. Isn’t it unbelievable?

Indian passports aren’t particularly ‘travel friendly.’ Almost every country worth visiting requires a visa. Our vacation was not limited to the cities listed on our ticket. The trip also included a big portion of Europe, We planned to explore many more destinations by car or by using the Eurail.  Before we could begin our fantastic vacation, we had a task to accomplish. 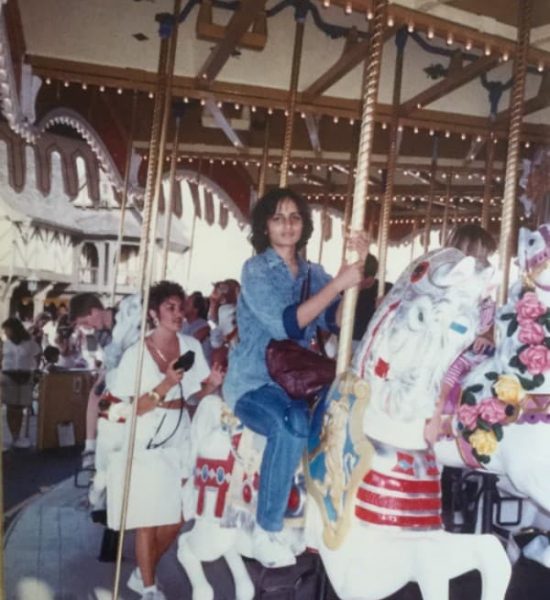 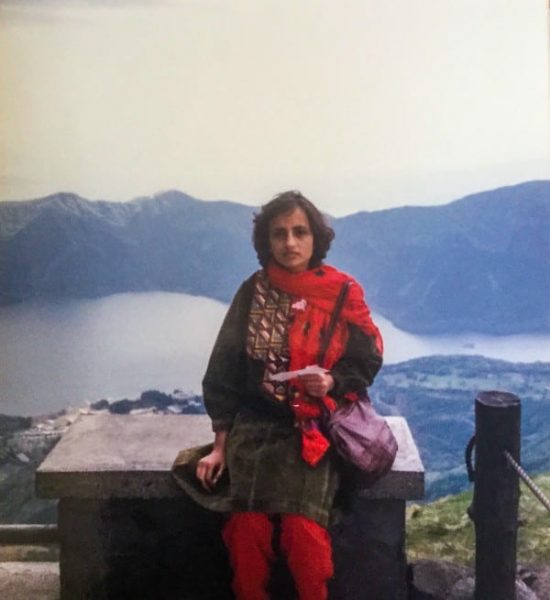 Life was simpler back then, but it wasn’t always easy. There was no Euro and no Schengen visa. Each European country required a separate visa and currency. As a result, we spent the next month stamping our passports with visas for every country we intended to visit.

Fortunately, the visa application process was considerably easier and faster back then. The visas were processed in a single day with minimal documentation. Every day the visa was submitted to a new Embassy and passports were collected in the evening or the next morning. If we had to take that many visas now, it would easily take a year. We were able to get all of our visas stamped and organize the currencies of the nations on our itinerary. Then we embarked on our 90-day round-the-world adventure.

Ironically, this was my first overseas trip. My solo vacation to Nepal does not qualify as an international trip. My husband was an experienced traveler, so he dared to embark on such a prolonged vacation without professional guidance, cell phones, and Google.

Our first stop was Singapore, and I was blown away by the city’s cleanliness, glitz, and vibes. From then on, it was a whirlwind trip filled with spectacular views and unforgettable experiences. It was a long vacation, and this post will never be able to cover all of the highlights of the sites I visited. Neither do I recall the specifics. So I’d just focus on some interesting tidbits that I recall vividly even now.

On the initial phase of our journey, we stayed in most places for 2-3 days. We were lucky to have relatives/friends in various parts of the world who were gracious enough to host us at their homes. It was eye-opening to observe people performing all of their own duties, including cooking, cleaning, ironing, mowing lawns, and cleaning kitchenware. And we were supposed to join in, unlike India where ‘Guests are God’. Seeing the elite class use public transportation in New York was a humbling experience. We live such a spoiled life in India, at least the upper-middle class does. All of this came as a shock to me because I had lived a fairly sheltered life with no overseas exposure.

The rest of the time we stayed in hotels and motels. We had no hotel bookings in any of the cities we visited. Our plan was a bit skewed, but fitting for those times. All airports used to have a large lit panel with a separate window for each reputable hotel. The hotels would provide images of the property along with the current room rate. If you liked a hotel, you were expected to call them from a phone that was dangling from the hook to confirm your reservation. It may appear strange now, but it was formerly the most convenient, affordable, and secure way to get a hotel room after arriving in the city.

It’s been more than thirty years, yet I’ll never forget my first sight of the breathtaking Niagara Falls, the majestic Mount Fuji, or the iconic Twin Towers. I was completely dazzled. I recall going to every single amusement park I came across, including Disney World. We didn’t have amusement parks in India, so I was particularly drawn to thrilling rides. We had a lot of problems as vegetarians, but the homestays made it a lot easier to deal with the recurrent droughts. We largely survived on pizza, French fries, ice cream, and yogurt – not the healthiest options, but the healthy eating craze had not yet gained traction.

We had a 15-day break after arriving in London and stayed with my sister-in-law. Our friends returned to India because they had a young kid. It was just the two of us from now on. It was time to go shopping and buy some gifts for family and friends back home. You couldn’t return from a foreign vacation without bringing gifts for each member of your family in that ‘era.’ I fell in love with London, and it remains one of my favorite places to this day.

My sister was staying in Luxembourg, so we decided to use it as a base for exploring Europe through Eurail. We began our European vacation after reaching Luxembourg. We were on a strict budget, so we decided to make the most of our Eurail pass. To save money on room rent, we would take lengthy overnight trains and return to Luxembourg frequently to replenish our food supplies. Indians are obsessed with eating home-cooked Indian food and saving money. 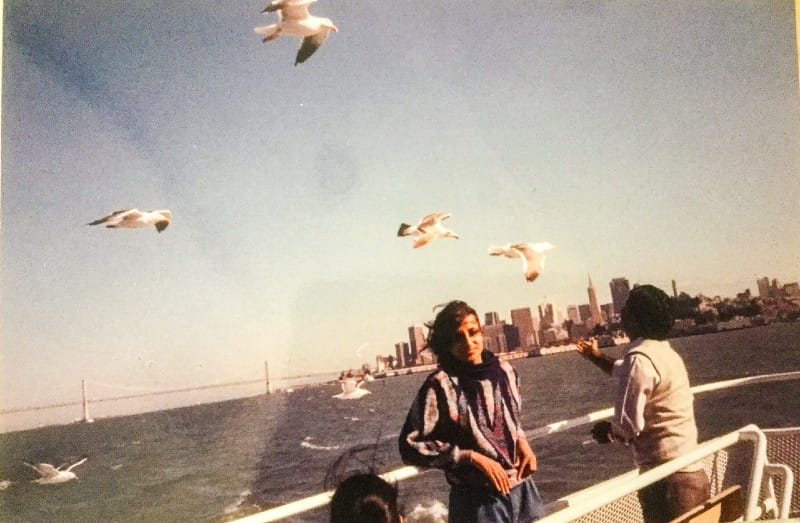 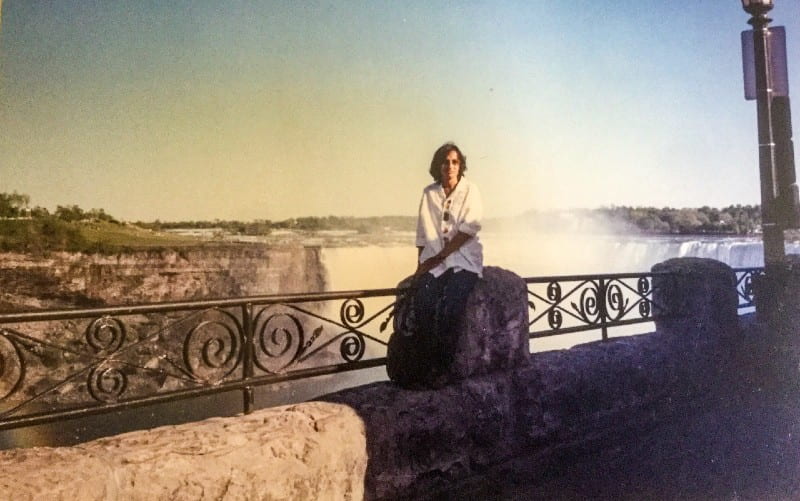 It was a frenetic 15-20-day itinerary in which we managed to visit all of the key attractions in Switzerland, France, Austria, the Netherlands, Germany, and Italy. We’d arrive at a place, spend the day exploring it, and then catch the night train. We would sometimes travel to two small towns in a single day. We’d be crossing borders regularly and replenishing our wallets with different currencies as we went. We faced countless language issues, particularly in France and Germany. The train station restrooms were our saviors, however, their hygiene standards left a lot to be desired. What bothered me the most was that I had to pay to use the subpar restrooms.

Everywhere we went, there were architectural marvels, picturesque landscapes, admirable culture, and delectable cuisines (mainly pizzas, pasta, and dessert for us). You can imagine what a mind-boggling experience we must have had. We were young with no other pressing commitments and we made the most of it.

The cities I visited? It is a long list and, to be honest, I can’t recollect all of them. Singapore, Bangkok, Pattaya, HongKong, Macau, Tokyo (most expensive), Honolulu, San Francisco, Los Angeles, Las Vegas, Washington, New York, Chicago, Orlando, Detroit, Toronto, London, Luxembourg, Paris, Nice, Monte Carlo, Amsterdam, Vienna, Salzburg, Innsbruck, Zurich, Geneva, Jungfrau, Rome, Venice, Naples, Pisa, Hamburg, Dusseldorf, and so many more. After spending 90 days on the roads, we took the flight back to Delhi – the last leg of our round-the-world ticket.

It is always good to be back home amongst friends and relatives. However, it was a life-changing event that altered my whole outlook and persona for the better. Over the years, I have been fortunate enough to travel all over the world on a regular basis. Nothing, however, compares to the pleasure of traveling on a 90-day round-the-world vacation without a worry in the world.

PS: My memories are faded and so are the pictures. The clicks are mostly from the USA as they were taken by our friends. We had not bothered to bring a camera. As there were no handy phone cameras around, we are left with our memories to fall back on.

Most Unique Hotels in the World​