When even venturing out of the house is a task, due to the ongoing coronavirus pandemic, International travel can stress you for days. For a woman who is 7 months pregnant and is traveling with her 4-year-old daughter, it can be a nerve-wracking experience.  So why would anyone opt to travel in such dire conditions? Kapila does not have any option left – she has been laid off, she has major health issues, and the doctor has advised her C-section. She knows she cannot take care of herself and her two kids without a helping hand. Getting help in the USA with limited funds is impossible. Kapila was not considered in Phase 1 of the Vande Bharat Mission as her daughter is an OCI. The restrictions were subsequently relaxed, but time is running out for her. In two weeks, it will be too risky for Kapila to take a long and arduous international flight. Unfortunately, she has not yet received a call from the Indian Embassy despite sending multiple emails.

Kapila is one amongst thousands of Indians who are in a state of hopelessness and despair as they wait for their turn to be repatriated. Another member of the FB group who is experiencing the ‘most tortuous and anxious experience of her life’ is Muskaan, a student. In her words “I am a girl with an expired student visa stranded in Philadelphia, since March with no place to live. I am suffering from a medical condition that has been exacerbated due to inaccessibility to medical care as a result of lapsed insurance. My mother has been diagnosed with a terminal disease back home in India”.

Muskaan reached the airport on 22nd March to take the flight back to India. Sadly, India had gone into complete lockdown by then. She had sublet her room and had no place to go back to. “Survival has become harrowing as I have been struggling to find shelter and facing an extreme financial crisis. I am alone fending for myself in a foreign country as I have no family or near kin. I have been helped by colleagues and gracious strangers. I have no clue as to when will I be selected for VBM”  she says.

Living in a foreign land without any support and constantly changing accommodations can be dangerous for a young woman – physically and mentally. Do they have a choice? Rachna is going through excessive adversities and resorting to extreme measures to survive. Her heartfelt plea is not reaching the concerned authorities – “I am a product designer and recently started working on my student visa, post-graduation. Due to the ongoing circumstances, courtesy of COVID-19, I was laid off from my employer. It left me the option of either seeking employment at an arduous time when most companies are looking at hiring freezes or facing immediate work visa expiry”.

Surviving without a job is not easy in the USA. Rachna, a young professional, is in the financial doldrums and hoping for some relief soon. “Spending my limited savings in relocating for my now ‘ex’ job has exhausted my bank account leaving me with no money to spend on house rent and daily expenses. I now face visa expiry, unemployment, homelessness, and mental distress, shuttling from one friend’s house to another. I request the Indian Government hear my plea and help me in these testing times” says Rachna who wants to travel to Shimla. 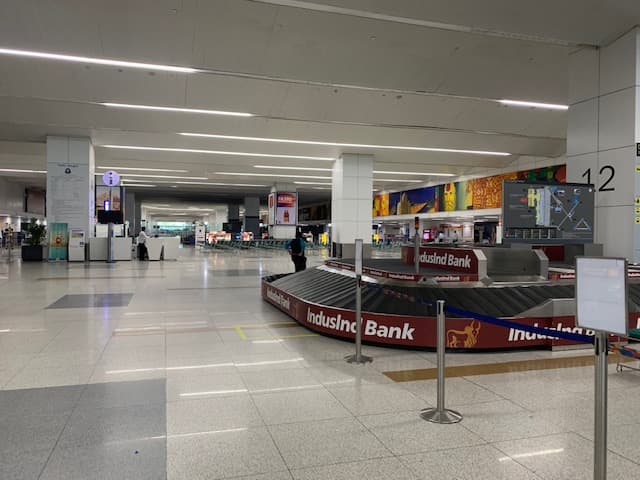 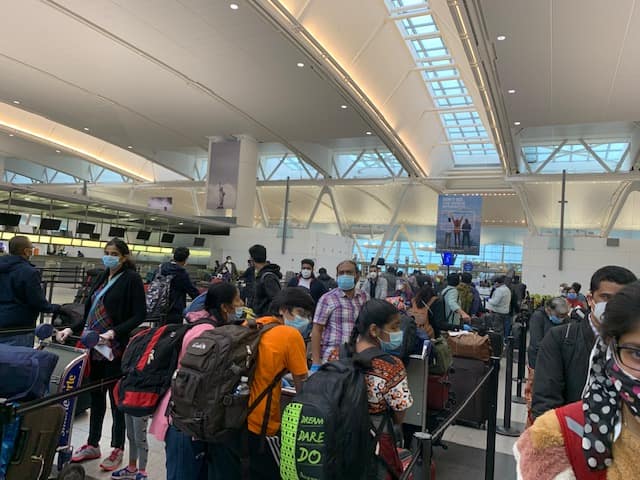 What can be more frustrating than the fact that you cannot reach your own home? Unfortunately, many Indian citizens are facing this dilemma. Due to CVID-19. The Indian government imposed a complete travel ban on 22nd March with a 4-hour notice. Many Indians were left stranded in all parts of the world. One and half months later, the Indian Government decided that the ‘abandoned’ citizens can be bought back now. On 7th May, under the Vande Bharat Mission, Air India started the process to repatriate Indians.

The problems and complexities had steadily accumulated for Indians stuck overseas during the long six weeks. People have been facing severe medical emergencies, tourists are in limbo, visas/insurances have expired,  a large chunk have lost their jobs, students have become homeless, and thousands are in a financial crisis. There are plenty, who may not be in such a vulnerable position, but are waiting impatiently to go back to their home and family. People are in despair as they can not reach home to look after their ailing parents. Many have lost their family members and they felt helpless not being able to attend the last rites.

Kartik, from Hyderabad, is one such forlorn Indian who wants to reach India at the earliest. He came to the USA for official work in February. He had no idea what was in store for him. His return tickets got canceled due to lockdown and he joined the long list of Indians waiting to go back. In the meantime, his 85 yr old mother had an accidental fall and she is now very critical with multiple organ failures. Being the only son, Karthik is desperate to reach India and take care of his bedridden mother.

There are so many bereavement cases who have lost their father/mother and are looking to travel on the first available flight. They just want to go back so that they can pay their last respects to their parent and be with their families. Some of them just reach the airport, if they are in the area, hoping that they may be accommodated against cancellations. Others have no option but to wait for a call from the Embassy.

These are just a few of the tragic instances. The Embassies have been bombarded with countless such cases. The officials are overwhelmed and overworked. They are not equipped to deal with the huge numbers. Recently, they started sending emails that the applicants could book tickets directly from the Air India website. That leads to more chaos and ambiguity.

Thousands of people in the USA  got up early on 5th June to book flights to India. It just took two minutes for the AI website to crash. The whole exercise was futile as there were no tickets to book. Air India later tweeted that they had about 60 million hits on their website in a span of two hours. This incident is enough to throw light on the magnitude of the problem and the desperation of the Indians wanting to come back.

In the month of May, AI managed to evacuate around 1 lakh Indians from around the world. Till now around 4 lakh people have registered In Embassies to return to India. The number is increasing steadily as people are facing emergencies and losing their jobs/visas on a regular basis. At the speed at which VBM is moving, it may take months to repatriate everyone.

The flights might have doubled in Phase 3 but they are nowhere sufficient to deal with the heavy backlog. They depart from a handful of cities and offer very limited last-mile connectivity. People are bought from abroad and left in Delhi and Mumbai. With the ever-changing quarantine rules and unpredictable domestic flights, everyone is confused about how and when will they reach their own city.  The whole process at the airport is taking 7-10 hours. How can we expect the elderly, sick, and pregnant women to go through this ordeal in such difficult times? After waiting for nearly three months, people are at the end of their patience. They want an easier and more feasible travel alternative.

The situation of Indians stuck abroad is worsening every day. Some are resorting to expensive charter flight options as they cannot wait anymore. They are suffering emotionally, physically, and financially. Many are going into depression and may take extreme measures. We need a procedure that is transparent and streamlined. As of now, domestic and international traveling provide the same exposure because of the rampant spread of Corona in India. So why this distinction between international and domestic passengers? If domestic travel constraints have been lifted, why this ‘step brotherly’ treatment to international passengers? The only solution is to start international commercial flights immediately before the situation goes out of hand. Then it is on everyone to decide if they should travel during the pandemic or not.

PS – All examples are real but names have been changed to protect privacy.

Check my experience of traveling on these evacuation flights.

Best Places to Travel on Budget

Best Things to do in Delhi