One of the oldest and most visited wildlife sanctuaries in India, Gir National Park & Wildlife Sanctuary is the only remaining abode of the Asiatic lions. The national park, also known as Sasan Gir, is located about 37 miles southeast of Junagadh, a district in Gujarat. Sasan Gir village is the official entrance of the sprawling Gir forest. The park covers a total area of 1412sq km, out of which 258sq km forms the core part of the national park and the rest 1153sq km is the wildlife sanctuary.

In the 19th century, indiscriminate hunting expeditions by the Indian rulers and British colonists led to a drastic decrease in the population of the Asiatic lions. At the start of the 20th century, only a dozen lions were left in the Gir forest. Rulers of Junagadh, supported by the Britishers, then took the initiative to protect the endangered species. In 1969, the Indian government came forward to protect the threatened species and declared the area a sanctuary. Subsequently, in 1980, it was acknowledged as a national park.

The population of the Asiatic lions in the Gir forest was 359 in 2005. The government banned hunting and poaching in the area. The conservation efforts bore fruits and the number of lions increased significantly. In 2015 there were 523 lions in the Gir forest. According to the figures released by the Gujarat state in 2020, there are 674 lions in Gir National Park as of now. The park is today known as the only protected area in the world where the Asiatic lions exist. 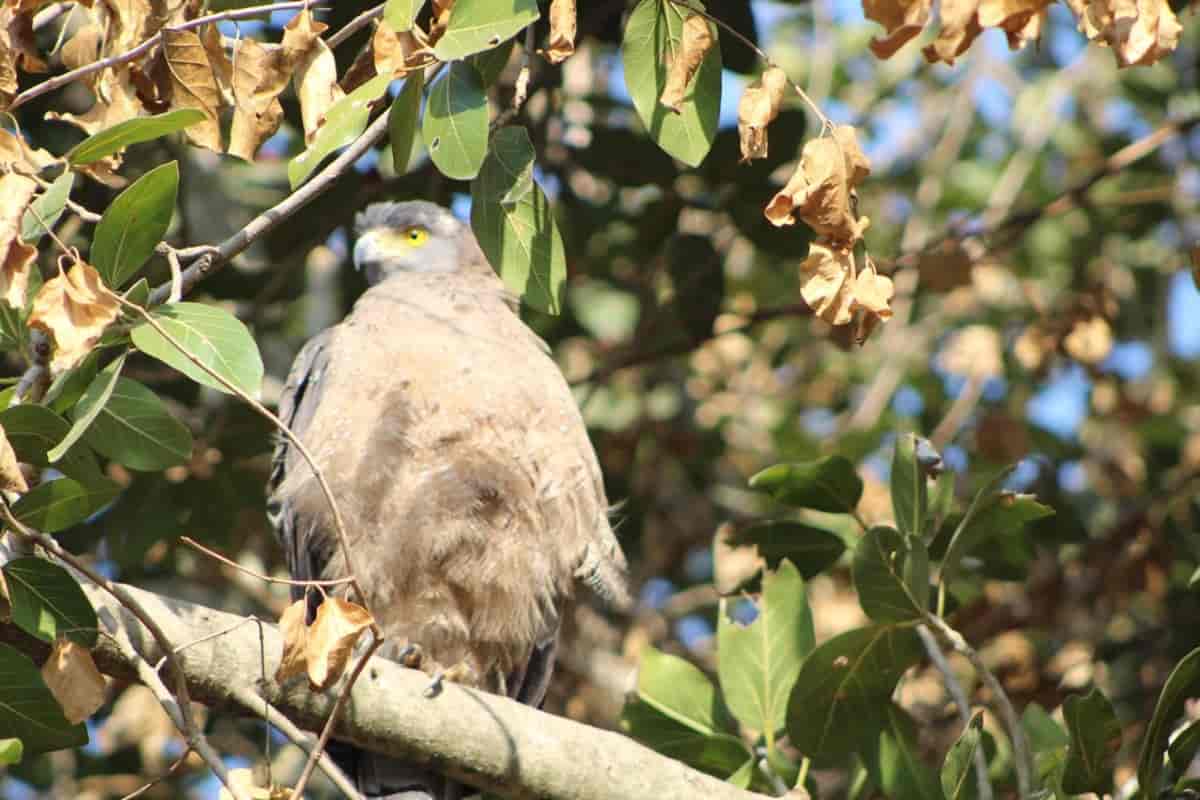 How to reach Gir National Park?

By Air – There is no direct flight to Gir. The nearest airport is located at Diu, which is situated 92 km away (2 hours drive) from the reserve region. Rajkot is the next closest airport and is around 160kms (3.5 hours’ drive) from Gir. You can find direct flights from Delhi and Mumbai to Rajkot. Diu is not so well-connected.

By Rail – There are regular trains from Ahmedabad and Rajkot to Junagadh (65 km from Gir) and Veraval (45 km from Gir). After reaching Junagadh /Veraval, you have to take a taxi or bus to Sasan Gir. You can find trains (meter-gauge line) running daily from Junagadh and Veraval to Sasan Gir station, but the timings may clash with your jungle safari schedule.

By Road – As mentioned before, Gir National park is 60 km from Junagadh and 360 km from Ahmedabad. You can find a bus or a taxi to reach the Sasan Gir area from most parts of Gujarat. There is a number of private and government-owned vehicles that can drop you at the nearest access to the sanctuary. Put Sinh Sadan on Google Maps to find the exact location of the park’s entrance.

It can be very hot in April and May, but this period is the best time for sighting the Asiatic lions. Artificial water bodies are created all over the forests to provide animals with easy access to drinking water. This makes it easier for the visitors to find the elusive mammals, but the heat (it can touch 45°) can be unbearable. It would be prudent to visit Gir National park from November to March when the weather is cool and pleasant. During the end of December and the beginning of January, it gets very cold at night. The park remains closed from mid-June to mid-October every year due to the monsoon season. 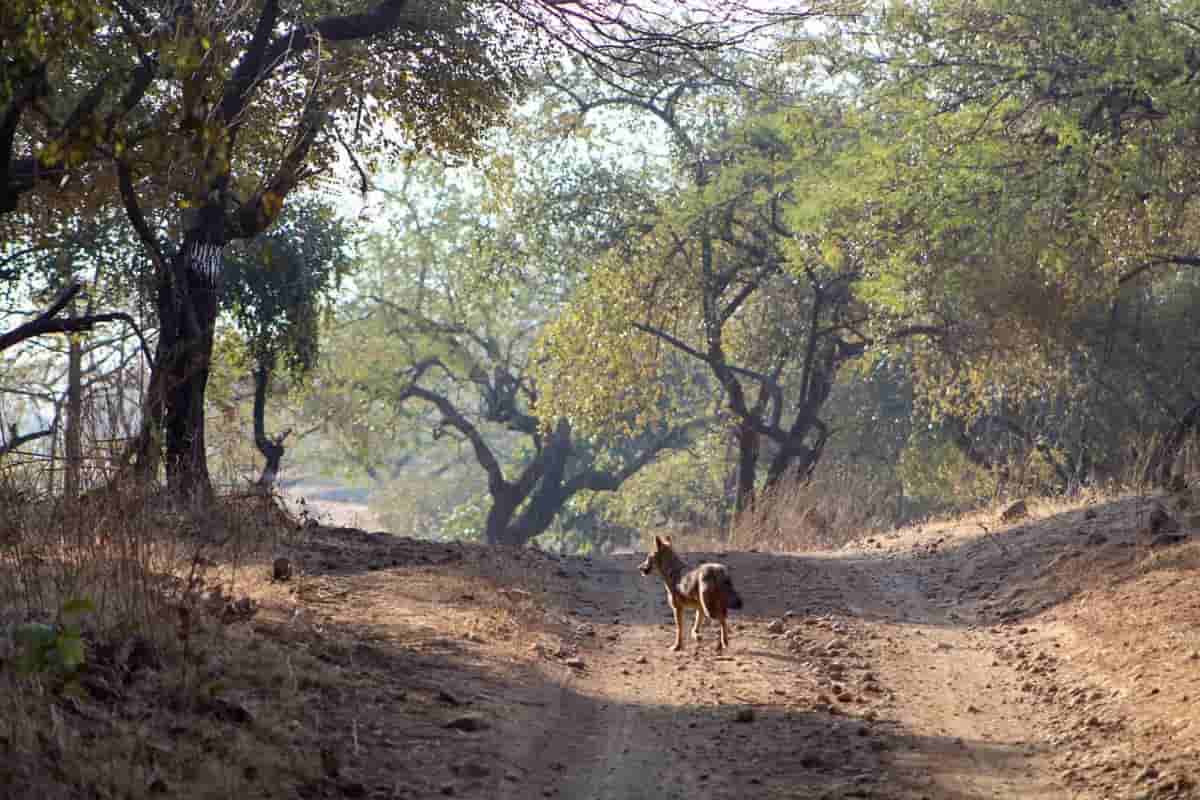 The main attraction of the Gir National Park is the Asiatic lion, as it is the only place in the world where they exist now. Besides these beautiful creatures, visitors can spot 2375 other types of fauna in the Sasan Gir. The most spectacular and popular species include Indian leopards (more than 300), striped hyenas, crocodiles, cobras, reindeer, sambar, jackal, fox, vultures, Indian Mongoose, wild boar, porcupines, Monitor lizards, jungle cats, eagle, owl, and many more rare species. All in all, wildlife lovers are in for a memorable experience in the densely forested hills, plateaus, and valleys of the Gir forest.

How to plan for Jungle Safari in Gir National Park?

For visiting the jungle, you need to pre-book your Jungle safari well in advance. The permits are available online only and can be booked at girlion.gujarat.gov.in. You will need your identification details to book a safari. If you are an Indian citizen, the permit is going to cost you Rs.800-1000 for up to 6 persons. For foreigners, the entry fee for 6 persons is Rs.5600-7000. Besides this, the guide and open SUVs are available on spot and would cost you anything between Rs.2100-2400. Once you get a permit, you must reach the starting point half an hour before the safari for verification. They will check the ID proof of the member who made the online booking and give you the permit for the safari. Private vehicles are not allowed in the jungle and a maximum of 6 persons are allowed in one jeep. In short, a Gir Jungle Trail would cost you

There are 13 routes in the jungle that intermingle with each other at different points. You are pre-assigned a route by the forest authority and you have to follow the same route. The earlier you go, the more likely you are to get a better route.
Approximate timings of Jeep Safari – The forest is open from Monday to Sunday. The duration of the safari is three hours. There may be slight variations in safari timings depending on the season.
Morning:  6:30 am to 9:30 am & 8:30 am to 11:30 am
Evening:  3 pm to 6 pm

What are the chances of spotting the Asiatic lion in Gir National Park?

Local guides claim that you will spot a lion 80% of the time. However, the kind of sighting will vary according to the routes, time, and season. Try to book early morning safaris as lions are active at that time. During the day, they are usually sleeping in the bushes and can only be seen from a distance. The second option should be the evening safari and the last option the 8:30 am one. If you are visiting the park in March-May, the chances of seeing the lion are very good. The giant beasts wander about in search of water and that is your chance to spot them. The probability of spotting the lions with cubs is also good during summer.

Lions are often tracked with the help of a rescue team. They would find out the exact location of the lions and spread the word. You would soon see the jeeps clustering near the lion’s whereabouts. Unlike the African lions, Asiatic lions don’t live in large groups so you are likely to see 1-2 lions together versus a pride we normally see in African jungles.

In case, you are unable to get a permit or spot a lion during a jungle safari, you have another option. Go to Devalia Safari Park – a fenced part of the sanctuary where the rescued animals are kept. The sightings are 100% guaranteed, but it is more like a zoo. You don’t need to book beforehand and you are taken around on a bus.

In case you are staying in Sasan Gir for a couple of days and have some time between safaris, you can visit the local attractions like Kamleshwar Dam, Crocodile Breeding Farm, Tulsi Shyam Temple, and Zamzir Waterfall

If you have come this far and can afford to linger, it makes sense to visit nearby attractions.

If you are looking for a luxury stay, you have three options. Woods at Sasan, The Gateway Hotel Gir Forest by Taj, and The Fern Gir Forest Resort. Woods at Sasan is the most expensive but has rave reviews. It is a contemporary new hotel with manicured gardens and lots of activities to keep you entertained. Taj hotel has the advantage of being located on the edge of the Gir forest and comes with the famed Taj hospitality.
Looking for budget accommodations? Check out Asiatic Lion Lodge, Gir Pride Resort, Hiran Holidays, and Carina Retreat.

Any more questions? I would be happy to answer them via the comment section below.

Best Things to do in Delhi